If you’ve been to an N3ptune show, you’ve witnessed the boundless musical talent of its creative partner and guitarist, Rusty Steve. Alex Restivo, the man behind the venomous mask that Rusty Steve sports during most of his performances with N3ptune, does a lot more than shred eight-string guitars. He also produces, sings, writes and designs some of his own clothes. While most of his collaborative efforts include pop rock tracks, synth-heavy experimental ballads and alternative R&B, Rusty Steve’s solo work dives deep into the world of uncanny confusion and unflinching experimentation. His new track, “Save Face” is no exception.

All photographs by Juli Williams

“My solo work tends to be a lot more experimental because I have full say in any creative decision,” Restivo explained. “When I’m collaborating I tend to play more of a producer/co-writer role and in that I try to be easy to work with and let studio projects develop naturally. Working with other people brings out a mix, unlike something I would create on my own.The infusion of two or more artists takes the art to a place it would never have gone otherwise. 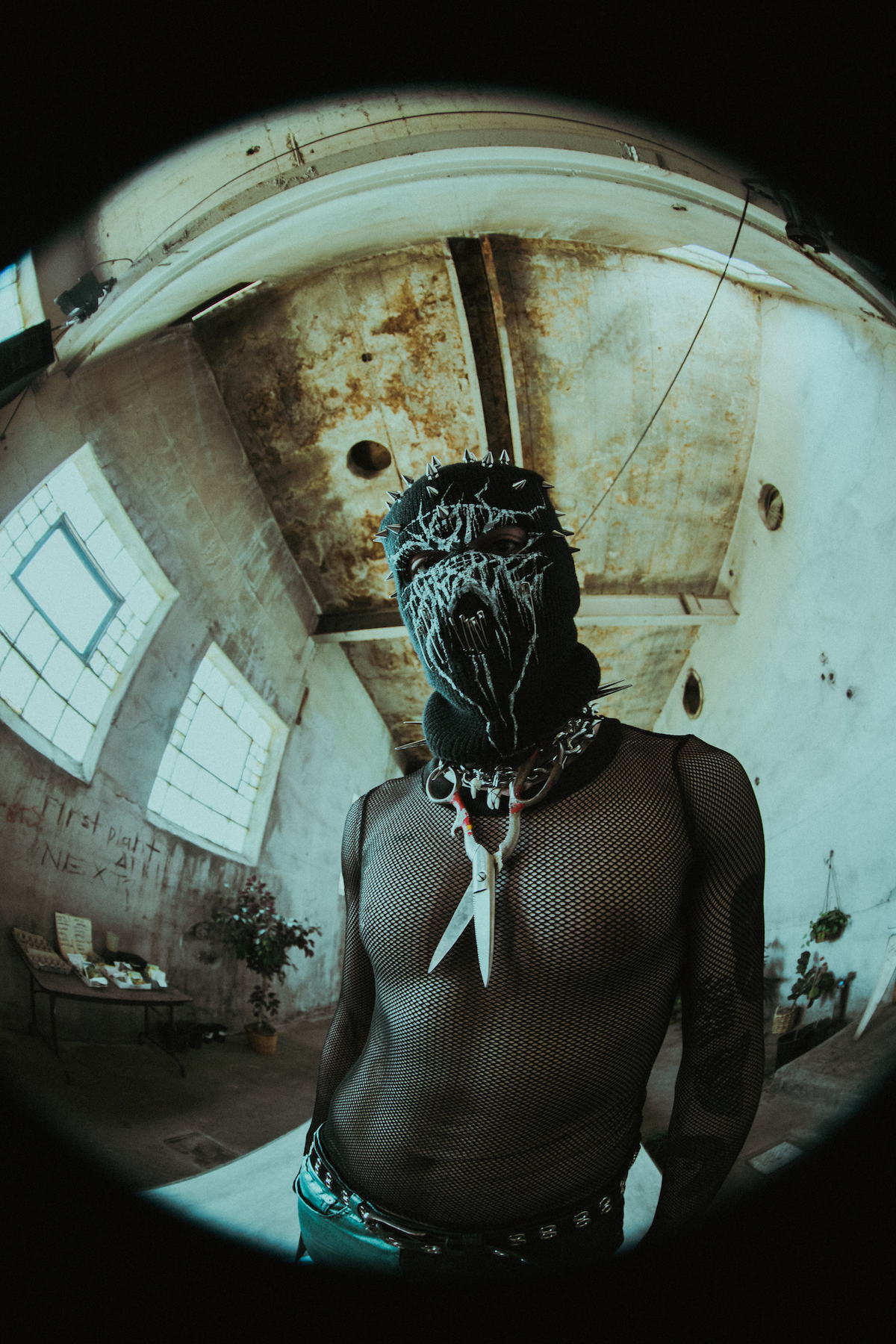 “Save Face” is an encounter between electronic synth-pop and punk rock with a slight touch of horrorcore. In it, Restivo’s dramatic cries to the heavens crash through delicate walls of glass that rest on the last drop of God’s sanity. “Save Face” is an epiphany of sorts. The track is a moment of clarity, which manifests in the manic realization that no one in this modern world is flaunting their true identity to the world. Everyone walks on eggshells, frightened by the judgment and condemnation of their peers more concerned with self-promotion than authenticity. Restivo, on the other hand, is concerned with growth – both sonically and personally.

“In our age of social media, curation and cancel culture, everyone is on their toes. No one wants to say what they really think and only wants to see what matches their story. Our online images are carefully selected to perfection. The online parasocial dream world we constantly visit isn’t real, but we’re dangerously close to believing it. We don’t want anyone to see our wrongs, but I think our wrongs matter. How can we be better people if we hide our bad sides? How can we be better people if we don’t have the opportunity and the grace to right our wrongs and grow? »

While most people try to blend in and “save face,” music spawns entire cultures of fanatics who want to to stand out. The world of electronic music and the punk rock scene are two such cultures. It’s no coincidence that Restivo dances at the intersection of these two iconic sounds and cultures. With a healthy mix of traditional emo influence, over-the-top vocals and hard-hitting bass lines drenched in a sonic thunderstorm, “Save Face” is a true evolution of musical counter-cultures meeting with an iron fist the complications of the modern world. Speaking about the intimate connection between punk and electronic music, Restivo explained:

“I think electronic music and punk merged in the 80s with New Wave/post-punk. So yes, I totally think they are similar. I love when they work together. I think in many ways electronic music is the progression of punk, and I love that. I wouldn’t consider myself ‘punk’, and I’m sure real punks don’t either. I want to be a progression of it, something new. 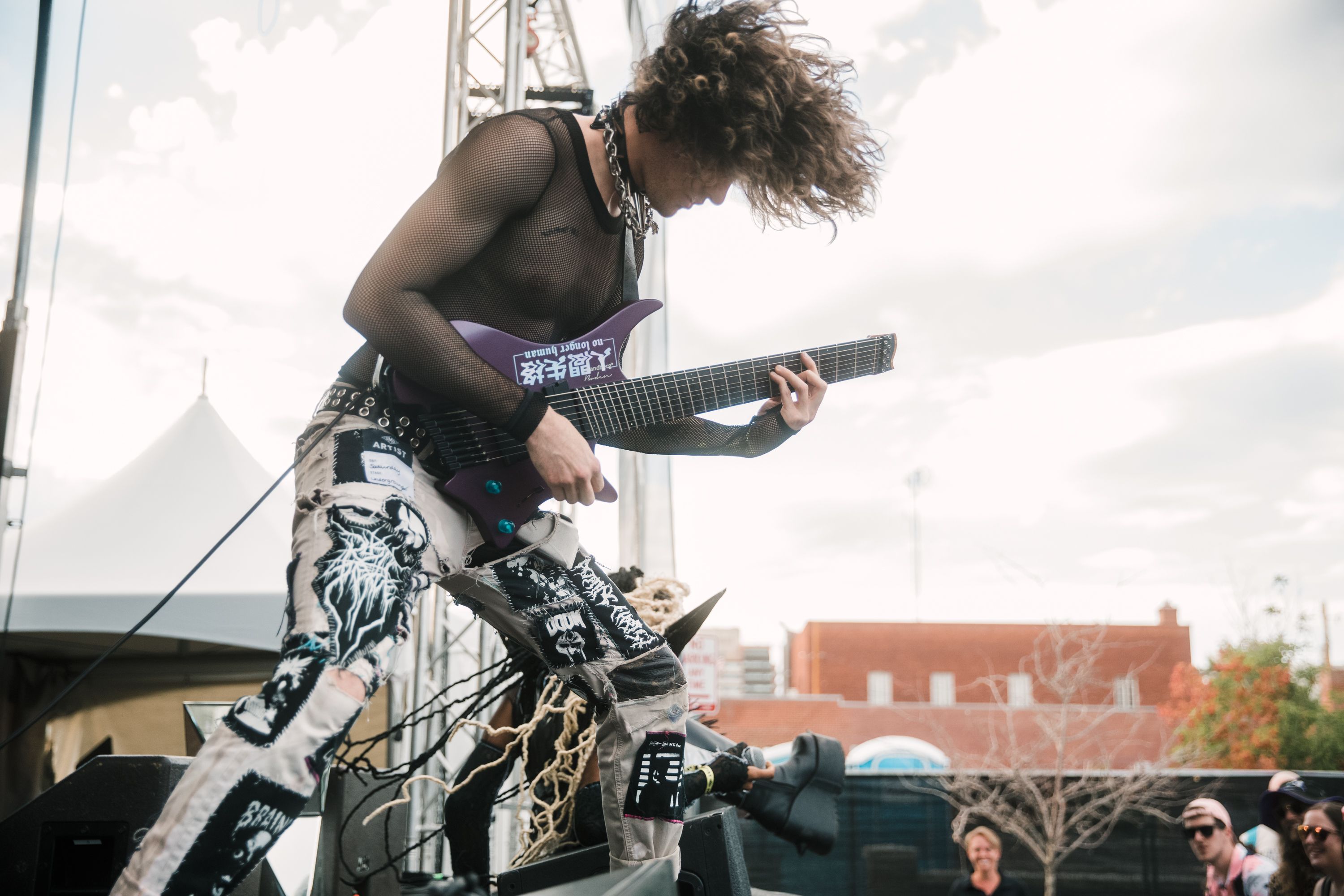 If you’re looking for something new, check out Rusty Steve’s “Save Face” and keep your eyes peeled for a new Rusty Steve solo project coming out sooner than expected.

All photographs by Juli Williams

Under the Radar: Punk Rock and Philosophy: Search and Destroy