Punk Rock & Paintbrushes is an independent art production and management company created out of a love of music and art and the healing power that both outlets can bring. Founded by Emily Nielsen in 2007 following her successful battle with cancer after her friend Tim McIlrath from Rise Against created a painting with the poignant lyrics to their song, “Survive”. It inspired a safe place for artists and fans to connect by combining their creative energy while raising awareness for charitable efforts.

Punk Rock & Paintbrushes will bring their exhibit to the public at some of the most popular rock music festivals this fall, where unique artwork from musicians performing on the stages will be on display and available for purchase. Some of rock’s biggest artists will see artwork including Chad Smith of Red Hot Chili Peppers – who created his second collection of beat paintings, “The Art Of Chad Smith”, last January – Jay Weinberg of Slipknot, who released his first solo art exhibition album “A Hollow Realm” in July consisting of a collection of oil paintings he has been working on for eight years – Lzzy Hale (Halestorm), Charlie Benante (Anthrax), Carla Harvey (Butcher Babies), Andrew Campanelli (The Revivalists), Chloe Trujillo (wife of Metallica’s Rob Trujillo) and many more.

Weinberg shared more information about the work he will be exhibiting: “’A Hollow Realm’ is a body of work that contains 14 paintings that I have done over the past eight years. Whether set in the beauty of the natural world or in complete darkness, the subject of each painting tells part of a personal narrative that explores themes of connection and isolation. The visceral emotions of vulnerability, comfort, lust and anxiety. Love found and love lost. Others explore the mysterious connection to nature I’ve felt since a young age, wandering among the trees and streams in the backwoods of rural New Jersey.

“It is a pleasure to finally share these works with you. Please join me, Punk Rock & Paint Brushes, and many wonderfully talented peers – in partnership with Rock Against Racism – at these curated pop-ups to experience a curated selection from my debut exhibit, “A Hollow Realm”.

Along with featured artist collections, several bands from each festival’s lineup have collaborated with Punk Rock & Paintbrushes to lend their artistic skills to raise awareness and fund the non-profit organization Rock Against Racism, founded by CEO of 5B Artists + Media, Cory Brennan, which is made up of a collective of musicians, artists and industry leaders fighting against modern day racism. Bands were given a blank ‘raised fist’ statue to design – the global symbol for the fight against racial oppression – or the chance to sign album covers for auction to fans attending the festival to help the cause. The winning bidder for certain plays will be granted secondary stage privileges to watch the band they bid on. Stop by the Punk Rock & Paintbrushes exhibit at each festival to find out who’s involved.

Punk Rock & Paintbrushes provides a platform for career musicians to showcase their visual art and bring their talent from the stage to the walls of the exhibition. Other art exhibitions will take place around the world, including:

See a full list of featured musicians, artists and festival stages for Punk Rock & Paintbrushes below (in order of schedule): 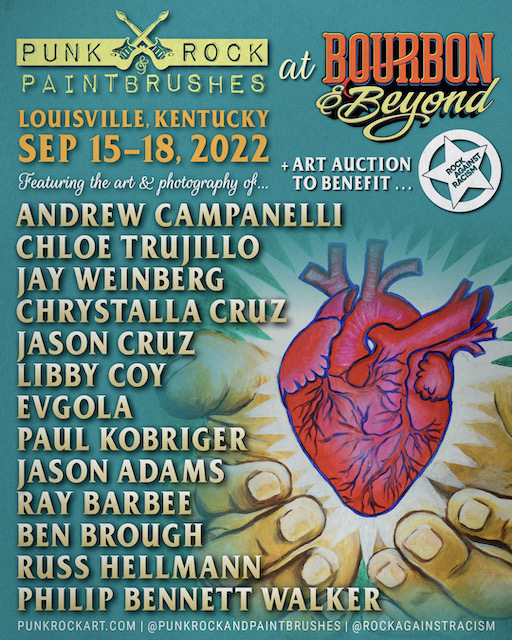 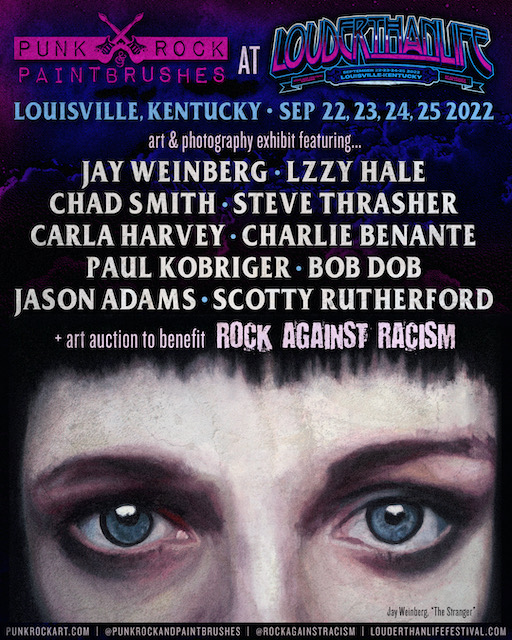 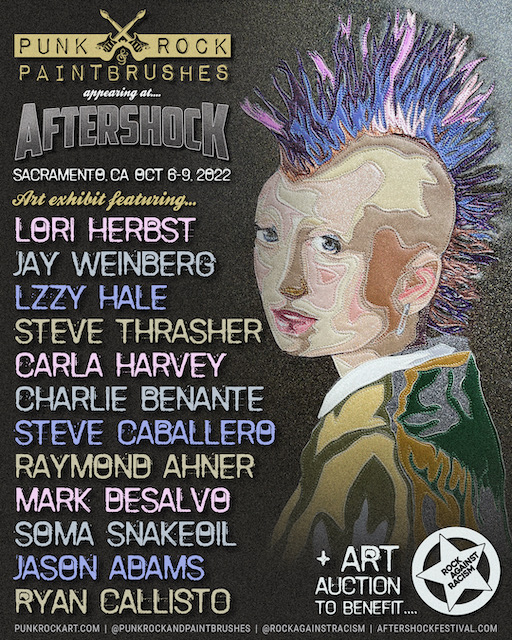 Under the Radar: Punk Rock and Philosophy: Search and Destroy